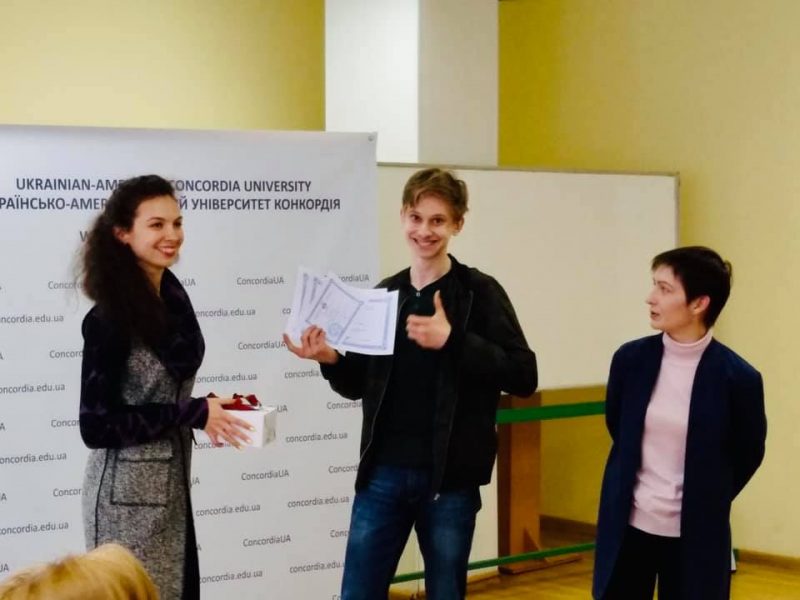 This year’s Business English Competition had 55 participants. Two students shared the first place and were awarded the first prize – a 100% tuition discount at ConcordiaUA. Three second place winners will have the right to receive a 75% discount; four participants who shared the third place will be eligible for a 50% discount. All winners and awardees received prizes and gifts from Concordia University Ukraine and our foreign partners. Tenth-graders who received special awards from the BEC Panel were additionally offered an opportunity to study one course (in English) of our baccalaureate program free of charge.