Holder of the “Yaroslav the Wise” award (2000), lapel badges “Excellence in Education of Ukraine” (2000) and “For Scientific Achievements” (2009), Scrolls of Honor from the Cabinet of Ministers of Ukraine (2000) and the Committee of the Verkhovna Rada of Ukraine on Science and Education (2001), the Joint Honor Award from the Ministries of Culture of Ukraine and Georgia “Bridges of Friendship. Ukraine – Georgia” (2005). Chevalier of national awards, the honorary title of “Honored Educator of Ukraine” (2002) and the Ukrainian Presidential award – the Order of Merit, 3rd class (2006), the Order of Merit, 2nd class (2018).

Academician-Secretary of the Higher School Academy of Sciences of Ukraine.

In 1974 he graduated with an Honors Diploma from the Department of Automation and Computer Engineering of Kyiv Institute of Engineers of Civil Aviation. In 1979, defended his Ph.D. thesis and obtained a Ph.D. in Technical Sciences. In 2003, he defended his Doctoral Thesis in Pedagogy / Education and in 2014 – in Economics. Since 1991, Dr. Oleksandr O. Romanovskyi has been lecturing at universities and colleges in the UK (London, Birmingham, Wolverhampton), Germany (Munich, Heidelberg, Hannover), USA (Chicago, Madison, Washington, New York, Wauwatosa, Wheaton), China (Beijing, Tianjin, Huilin, Nanjing, Changsha, etc.).

Graduated from the Kyiv State Pedagogical Institute of Foreign Languages in 1974 and then completed her postgraduate studies at the Kiev State Pedagogical Institute of Foreign Languages. Since 1974, she has worked at the National Pedagogical Dragomanov University as a Lecturer, Senior Lecturer, Associate Professor and the Head of the English Philology Department. During the period of 1993–1996 she was actively involved in the creation of a Ukrainian-American Institution of Higher Education and since 1997 she has been holding the position of Vice-Rector of the first in Ukraine Ukrainian-American Liberal Arts Institute “Wisconsin International University (USA) Ukraine” (part-time).

Author of over 115 scientific and educational publications, including 3 training complexes in English for beginners “Let’s Start”, 2 English course books and a teacher’s guide “The English language. Texts for reading and listening. Exercises on grammar (for high school students and university applicants)”, a study manual “Studying the World – Studying in English!”

Provost for Academic Affairs, Associate Professor at the Department of Information Technologies & Innovations.

In 1975, graduated from Kirovograd State Pedagogical Institute majoring in Ukrainian language and literature. Obtained the qualification “Teacher of Russian language and literature” from the same University in 1980. In 1988, successfully defended her research thesis and was awarded a Ph.D. in Pedagogy / Education (Candidate’s Degree in Pedagogical Sciences). Was granted the academic title of Associate Professor in 1992. In 1997, completed her Doctoral Dissertation at the National Pedagogical Dragomanov University. In 1995 became Dean of the Psychological and Pedagogical Department of the Institute of Regional Management. Between 1997 and 2010 held a position of Director of the Association of Non-Stateowned Educational Institutions of Ukraine. Has been Associate Professor of the Ukrainian-American Concordia University (UACU) since 2010. 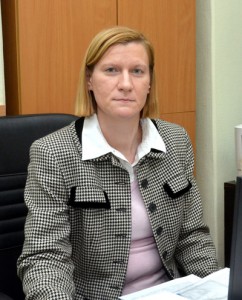 Ph.D. in Management and Administration, Professor

Doctor of Philosophy in Management and Administration, Professor.

Provost for Research, Professor at the Department of General Studies.

Received her master’s degree at Dallas Theological Seminary (USA) and her Ph.D. degree at Texas A&M University in 2008. Her thesis, “The Development of an Improved Human Capital Index for Assessing and Forecasting National Capacity and Development” received two prestigious awards: Dissertation of the Year Award (EAHR Department, Texas A&M University) and Malcolm S. Knowles Dissertation of the Year Award (Academy of Human Resource Development, USA). Has been Professor at the Ukrainian-American Concordia University since 2009.

Graduated from the Kyiv State Linguistic University with a Bachelor’s Degree in Education and received the qualification of Teacher of English and German languages and literature in 1998. She defended her thesis titled “The foster family in UK as a social-educational environment for support the child’s personality” and was awarded a Ph.D. in Education in 2002 and the academic title of Associate Professor in 2005. Having started her career in 1998, worked as a Lecturer, Senior Lecturer, Associate Professor of the National Pedagogical Dragomanov University. Has been Associate Professor at the Ukrainian-American Concordia University since 2006 and held managerial positions, incl. Head of the International Department and Director of the Internship and Career Development Department at the Ukrainian-American Concordia University.

Has a Certificate of Gratitude from the Head of Kyiv City State Administration. 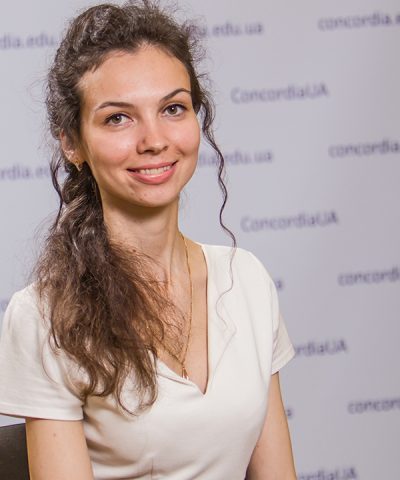 Dean of the Faculty of Management and Business, Director of Distance Learning Center

Dean of the Faculty of Management and Business, Director of Distance Learning Center, Associate Professor at the Department of International Economic Relations, Business & Management.

Completed a post-graduated course (2011–2014) at Taras Shevchenko National University of Kyiv; was affiliated to the Department of International Finance, Institute of International Relations.

Was granted a Ph.D. (Candidate’s Degree) in World Economy and International Economic Relations (08.00.02) from Taras Shevchenko National University of Kyiv (2015); dissertation: “The influence of international financial capital on innovative development of developing countries”. From 2015 to date – Associate Professor at the Department of International Economic Relations, Business & Management of the Ukrainian-American Concordia University (UACU). 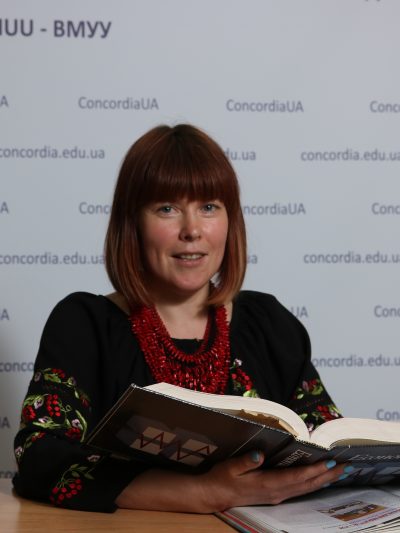 Dr. L. Zharova graduated from Kyiv Polytechnic Institute with an Honors Diploma majoring in Organizational Management (Enterprise Management). She obtained a Ph.D. in Economics (“Productive Forces and Regional Economics”) in 2005 and was awarded the academic title of Senior Researcher in “Economics of Nature Management and Environmental Protection” in 2007. In 2013, she defended her doctoral research thesis “Macroeconomic regulation of environmental policy: theory, methodology, practice” and was awarded a Doctor of Science degree in Economics (“Economics of Nature Management and Environmental Protection”). Has a number of certificates upon completion of economics-related courses taught in English.

Author of over 150 scientific publications, including a monograph (http://nas.academia.edu/LiubovZharova).

Member of editorial boards of the scientific journal MIND (The University of Economics and Humanities in Bielsko-Biała, Poland), Economics and Management and Entrepreneurship (South-West University “Neofit Rilski” in Blagoevgrad, Bulgaria), and Executive Editor of the international academic scholarly journal Business, Economics, Sustainable Development, Leadership and Innovation.

Has been Professor at the Ukrainian-American Concordia University since 2017. 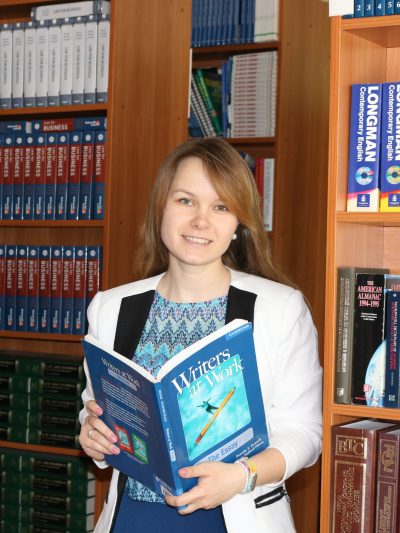 Head of the Department of General Studies

Defended her dissertation titled “Sources of origin of ecological terminology in the English and Ukrainian languages” and obtained a Ph.D. (Candidate’s Degree) in Philology in 2018. 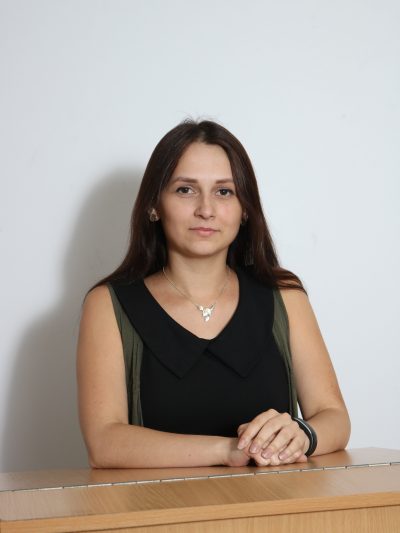 Head of the Department of Information Technologies & Innovations

Doctor of Philosophy in Physics and Mathematics.

Graduated from Ivan Franko National University of Lviv with an Honors Diploma and obtained the qualification “Master of Applied and Theoretical Statistics” (2013).

In 2016 successfully defended her Ph.D. thesis “Dissipativity of the non-autonomous systems with Markov switching” and was awarded a Ph.D. (Candidate’s Degree) in Physics and Mathematics.

Since 2018 has been with the Ukrainian-American Concordia University (UACU).

The author of over 25 scolarly publications.