Here is an article of UACU’s friend and Advisor to Rector, Mr. Paul R. Thomas (President of IRE Ukraine LLC) that has been published recently in VOX UKRAINE on ECONOMICS. 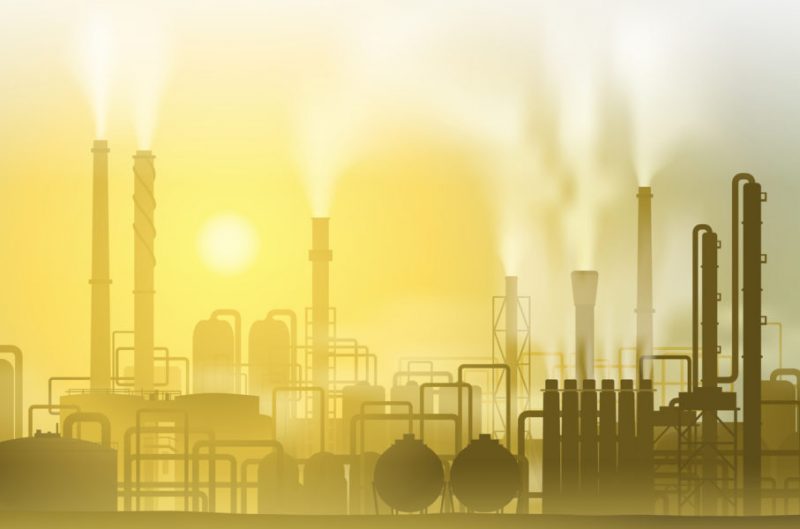 The Ukrainian Government has never crafted a privatization strategy whereby the ultimate objective from the sale of assets or companies is to create maximum value for the economy; as measured, for example, by an increase in GDP, business formation or employment. Instead, the government produces an annual plan to sell assets (e.g. land or buildings) and companies (through the sale of share packages) for the sole purpose of raising money for the annual budget.

Currently there are approximately 3,500 state-owned companies in Ukraine held by the State Property Fund (SPF). Each year a plan is developed for the sale of certain companies and in each year these plans are never met. In 2016, for example, the plan was for SPF to earn 17.1 billion UAH from the sale of share packages and other assets whereas actual sales were only 192 million UAH (rounded). Coincidentally, the plan for 2017 also requires SPF to raise 17.1 billion UAH from privatization sales, but this target is also highly unlikely to be met.

Often, the failure to meet these plans is attributed to various political actions and motives of those in power at the time. Legitimate questions have arisen over the government’s actual intention to sell (or not to sell) certain companies, or the often insufficiently transparent or competitive sales process. But to date, far too little attention has been paid to the economic, financial and legal obstacles to a sale that exist at many government owned companies.

Too little attention has been given to the fundamental question of ‘what exactly is being sold’. It is not an exaggeration to state that many of the companies in the current privatization plan are extremely hard to sell, or sell at a mutually acceptable price owing to deal-killing economic, financial or legal reasons. There is a big difference between selling ownership of a viable or potentially viable company as opposed to selling ownership of a dead horse. And whether a company is perceived as viable, or thought to be potentially viable, rather than truly dead, dictates not only the offer price of potential buyers but the asking price of the SPF. Conflicts and failure easily arise when the perspective and intention of the seller differs fundamentally from that of the buyer.

All these obstacles to privatization are clearly evident in the ongoing attempt by the SPF to sell (for the 2nd time) a 68% share package of the Zaporizhia Aluminum Industrial Complex (hereafter referred to as ZAIC). The economic, financial and legal problems that have bankrupted the company and complicated the privatization sale are illustrative of the myriad problems surrounding the viability and potential sale of all government-owned companies. 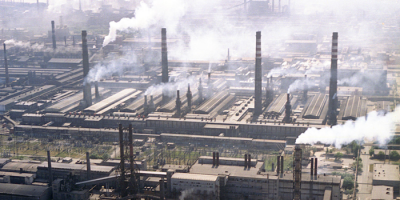 The current status of the long and complex history of ZAIC privatization can be summarized as follows:

The SPF first sold this 68% share package in 2004. Included in the sales agreement was a requirement for the buyer (hereafter referred to as Buyer #1) to repay a $75 million USD loan to the Ukrainian Export Import Bank (Ukreximbank) that was incurred by the then-State-owned company, with a Government guarantee, to purchase an aluminum foil production line. Unfortunately for the Ukrainian Government, when the state-owned company was corporatized in order to be sold (privatized) neither the liability for the loan or the corresponding assets purchased with borrowed funds (the production line) was included in the formation of the Charter Fund and were not recorded on the new company’s balance sheet. It is a simple fact that in buying a 68% share package in ZAIC Buyer #1 became a proportional owner of the Company’s balance sheet – the official record of all assets and liabilities owned by it and recorded thereon – but not any other assets or liabilities. This simple fact allowed Buyer #1 to succeed in having a Ukrainian court strike down the requirement that Buyer #1 repay this loan. The loan was ruled a third-party liability (in this case, the Finance Ministry acting as Guarantor of the loan) but not the liability of ZAIC. The purchased assets were never used, having remained in storage wasting away for over 20 years. This is an example of historic incompetence that continues to plague the present.

Instead, the Government went back to the Ukrainian Courts to sue Buyer #2 for nonpayment of the $75 million USD loan to Ukreximbank and ultimately prevailed in September 2016. As part of its victorious (if questionable) suit, the Government reclaimed ownership of the 68% share package. Although one Ukrainian Court earlier found that Buyer #1 was not responsible for this loan, another Ukrainian Court at a later date found that Buyer #2 was responsible for the original privatization sales agreement between the SPF and Buyer #1 and as compensation must forfeit ownership of the share package to the Government. As the old saying goes ‘you can’t make this stuff up’.

Have I Got a Deal for You

What would a potential Buyer #3 actually own should it purchase this 68% share package? Currently, there is no production of primary aluminum and only small scale (secondary) production of aluminum wires using purchased aluminum ingot and recycled scrap. Production was initiated only in 2017 and sales are trivial.

To restart primary aluminum production would require an investment of at least $250 million USD, perhaps more, to replace production assets that were removed by Buyer #2 and modernize current production assets to be cost competitive. Data on past aluminum production indicate that ZAIC was approximately 25% above the world average in the total amount of kilowatt hours of electricity consumed to produce one ton of aluminum ingot. Given that the cost of electricity is typically 30% to 40% of total production cost, this placed ZAIC at a competitive disadvantage as a relatively high cost producer in a volatile commodity market where all producers are ‘price takers’ and profit margins are determined by production cost. This is a major reason why ZAIC eventually ceased production and why many companies around the world have electricity supply agreements whereby electricity tariffs are tied to aluminum prices.

As started before, buying shares in a company means taking proportional ownership of and responsibility for all assets and all liabilities of the company as reported on its Balance Sheet (its’ Statement of Financial Position). In the case of ZAIC, the total value of all tangible assets (e.g. buildings, equipment, stocks) and all intangible assets (e.g. accounts receivable, VAT debits) is only 241 million UAH (rounded) as of 31 December 2016.

Liabilities, however, are huge and are brought into ‘balance’ with assets owing to a cumulative “non-distributed loss” of 6.7 Billion UAH, a truly staggering indication of utter economic failure.  More troubling are the following liabilities that would become the responsibility of the buyer:

And the biggest liability of all:

To design a ‘privatization solution’ means to determine in advance what is the desired outcome of the sale. If the sole purpose is to earn money for the budget and the government does not care what becomes of the company after sale (i.e. operation or cannibalization), then no strategy is required. Either the share package will be purchased or it will simply be included into next years’ unrealistic plan.

Given the catastrophic situation of the company, it is unlikely ZAIC would be purchased for any purpose other than liquidation, assuming that could be done in a way that avoids the legal risks and financial obligations described above. But this outcome, if it did occur, would make no contribution to economic growth as a result of the privatization sale: no jobs would be created, no business formation would occur, no stimulation to the local economy.

A buyer with the intention of continuing electric wires production could retain required assets and liquidate or perhaps rent unneeded assets and in so doing maintain a small workforce and continue to contribute, if ever so slightly, to the local economy. But the enormity of accumulated legal risk and debt obligations render this option also highly unlikely. And a buyer with the intention of restarting primary aluminum production would face not only these costs and risks but would have to make a substantial capital investment and resolve the critical issue of the electricity tariff after but not before purchasing the share package.

Perhaps the only rational way forward is for the government to craft a strategy that provides a privatization solution rather than just a privatization sale? A potential solution would be for the government to put the company into bankruptcy for the purpose of complete liquidation of all liabilities, including current equity, and all assets. First and foremost, the government has a claim to unpaid taxes and unfunded pension fund liabilities to recover. A single package of assets (rather than shares) that are required for primary aluminum production could be assembled and sold along with an electricity supply and tariff agreement. Alternatively, useful assets could be organized into a number of viable asset-packages to support, for example, electric wires production. Any other assets could be sold or scrapped. The government could recoup monies owed to it through asset sales, while the cancellation of debt and equity would remove legal risks and financial liabilities.

Of course any potential solution can be easily criticized as impossible to do, especially if it requires the government to do more work and provide more thought than just trying to sell shares as one would sell potatoes. But if the government wants to reform the privatization process to benefit economic growth and job creation rather than just raising money for the budget, then it must find a better way forward. There is an old saying that ‘where there is a will to do something, there is always a way’.

During October, 2016 visit to Concordia University Wisconsin and Concordia University Ann Arbor (USA), UACU (WIUU) representatives took part in the work of Global Leaders Speaker Series – the discussions on global business organization. On October 21, 2016 Prof. O. Romanovskyi gave a speech during teleconference with Shanghai (China) on problems of economic development in Ukraine during period between 1991 and 2016. 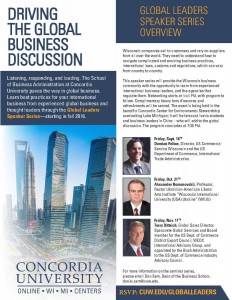